Burke Mountain, VT – Burke Mountain debuted in the hill climb racing scene in September 2007. I have ridden up Burke several times, usually on a mountain bike when I hit the Kingdom Trails.

For this reason, it is hard to find a rhythm on this climb. Except at the start area, it is all up too. Around the 2 mile mark, there is a section that approaches 20% grade for at least a few tenths of a mile.

I find it difficult to keep the front wheel on the ground. This grade is comparable only to the east side of Lincoln Gap in the Green Mountains. The race starts at the ski lodge base area, although in earlier days, the mass start race was neutral until after rounding the corner onto Mountain Road.

The profile below starts at the base lodge of the ski area. There is a slight drop approaching Mountain Road. Once the fork to the Toll Road is taken, the grade immediately kicks up to 14% and stays there until the 20% grade section.

The rest of the climb hovers in the 12-15% range. Ski runs are crossed several times on the way up, offering fantastic views and giving you a psychological boost in showing how dramatically you have gained vertical despite crawling at just a few miles per hour.

At the summit, a two-minute hike away from the parking area, there is a fire tower that can be climbed for a 360-degree panoramic view. On a clear day, you can see mountains in several states. One of the best things about this climb is the road condition. It has been recently repaved, so the surface is buttery smooth. However, great care must be taken on the descent.

Due to frequent sharp switchbacks and extreme steepness, heavy continuous braking is often required. Even the MTB disk brakes on my bike faded on me one time as I was coming down.

This never ever happened before when I was riding off-road. Bicycle riders would do well if they would reduce their tire pressure by some 10 to 15% before setting out on the descent and take a stop half0way down to allow the rims to cool down. Hillclimb races really have had a safe track record over the past decades so let’s keep it that way. 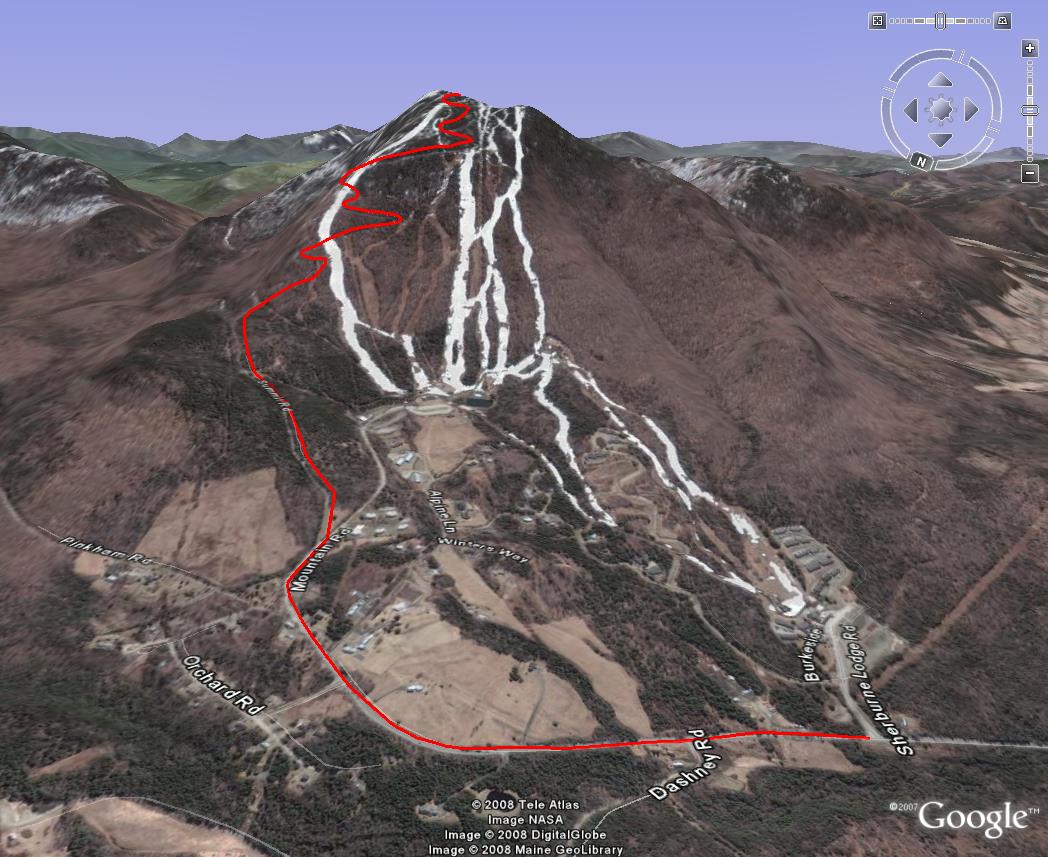 The Bolton TT is put on each year by the Green Mountain Bicycling Club, usually mid-week in mid-summer. I’ve not done the TT, but I have ridden the course. The TT begins over two miles from Bolton Valley Access Road on Rt 2 and is actually slightly downhill. The climb ends at the base of the ski area, not the mountain summit.

The first 2.5 miles of the access road are undulating with some short 10-12% grade sections and one slight downhill. Then you hit the double switchback and it stays very steep for the remainder of the climb. The descent is one of the best out there. Only one or two bumps near the top, then 50+ mph the rest of the way down. Be sure to watch your speed (and on-coming cars) through the double switchback, however!